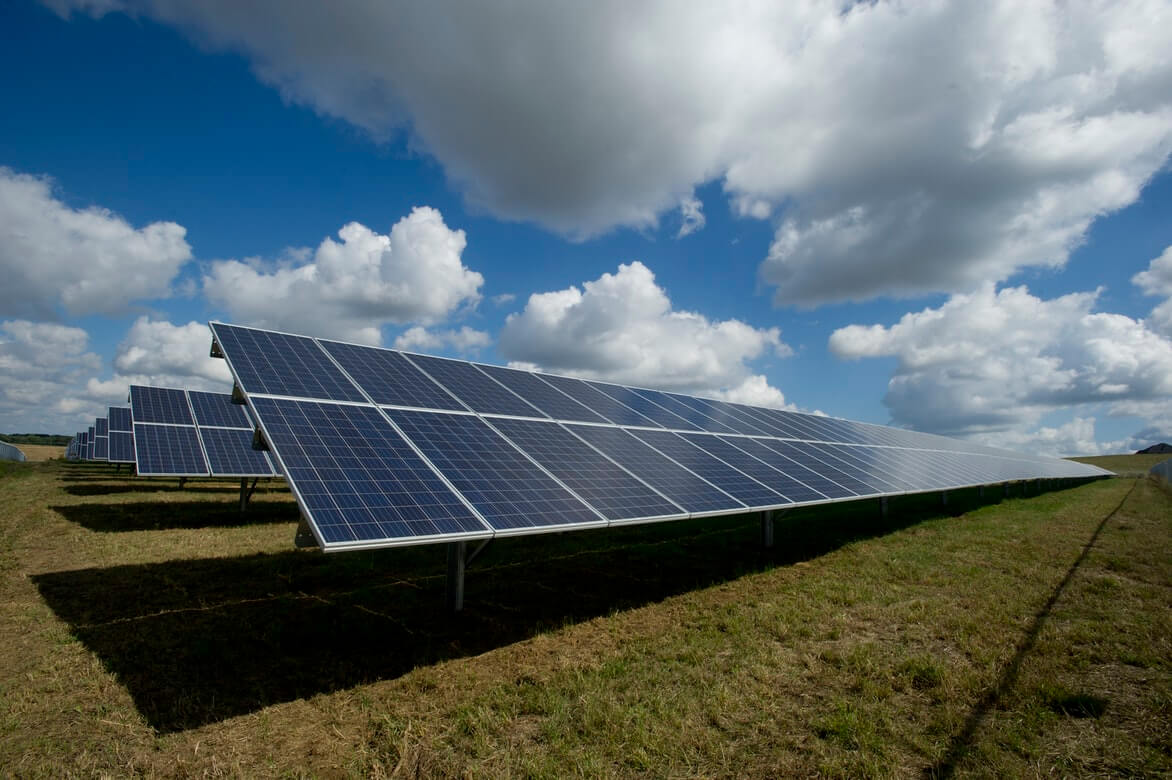 More and more people are living on earth, industry is growing and so is the demand for energy. But fossil fuels, such as coal and crude oil, are not available in unlimited quantities. So what can be done? The world needs alternative forms of energy that renew themselves naturally and are available in unlimited supply. These include hydropower, solar and wind energy, biomass and geothermal energy. These plants emit neither greenhouse gases nor pollutants and thus produce energy in a climate- and health-friendly way.

Demand for electricity around the world is growing. Renewables, along with nuclear power, have met most of the growth in demand. However, production from coal- and gas-fired power plants increased significantly, driving up the sector’s CO2 emissions by 2.5%.

If you are concerned about the source of the electricity you consume and don’t want to use energy from fossil or nuclear power plants, you can choose power company by yourself. Some of these companies, for example, get their energy only from clean hydropower or solar panels. Others, on the other hand, have several wind farms.

Electricity, the weight of renewables

Global demand for electricity increased to 900 TWh, almost twice as fast as overall energy demand and the fastest since 2010, when the global economy recovered from the financial crisis. Most of this increase in electricity demand was met by renewables.

Reliance on bioenergy pays off for Europe

Solar, hydro and wind each account for 30 percent of the growth in global renewable electricity generation, while bioenergy accounts for most of the remaining renewable share.

The sun sends gigantic amounts of energy to the earth – enough energy in one hour to theoretically supply the entire earth with electricity for a year. Photovoltaic modules, which can be found on building roofs and open spaces around the world, are correspondingly tempting. They work with semiconductors made of silicon that convert sunlight into electricity. Alternatively, sunlight can be used to generate heat. In this case, solar thermal collectors use sunlight to heat oil or water. The warm water is then used for heating.

Flowing water also generates energy. Hydroelectric power plants use turbines located in a river or in the wall of a dam. The flow of the river moves the turbine wheels. The wheels in turn drive electricity generators.

As a part of renewable energy, wind power is considered one of the most environmentally friendly methods of generating electricity.

Other sources of electricity include plant and animal waste. When this biomass is burned in a boiler, the process releases heat that subsequently causes water to boil. The resulting steam drives turbines that generate electricity via generators – similar to a traditional coal-fired power plant.

Biomass power plants achieve optimum efficiency when they simultaneously use the waste heat for heating.

Bioenergy makes an important contribution to the reduction of greenhouse gas emissions and to the sustainable management of forests, while allowing the achievement of the objectives of the European green economy.

Bioenergy accounts for 57% of the renewable energy consumed in Europe.

Bioenergy, we recall, means all types of energy derived from the conversion of natural and biological sources (called biomass) available on a renewable basis.

Today these energy sources represent 57% of the renewable energies consumed in Europe. 70% is used for domestic heating (66 million European citizens use them in their homes), 15% for electricity production, 15% as biofuel for transport. 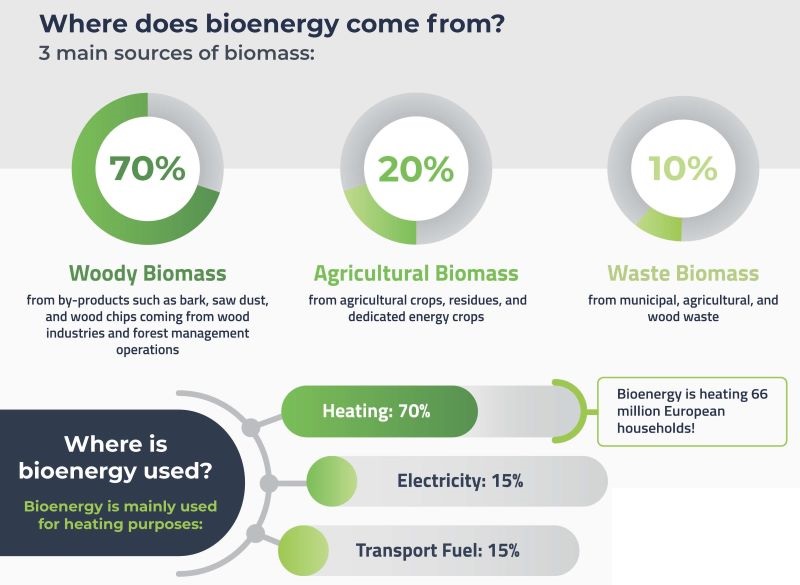 Bioenergy for the climate

On the fight against climate change and the reduction of emissions, in particular CO2, it must be said that when the biomass comes from forests where carbon stocks are stable or increasing, the emissions of bioenergy, at the time of combustion, are offset by the growth of the forests where the fuel was produced.

In fact, the CO2 emitted with the combustion of biomass is equal to the amount of carbon dioxide absorbed in the growth phase.

Innovation and the growth of the green economy

Thanks then to new technological solutions of appliances such as stoves, boilers or district heating networks, able to significantly reduce emissions, air quality can be improved.

It should also be considered the weight for local economies, because bioenergy allows rural and mountain areas to exploit the energy heritage inherent in their territories, helping to preserve the European energy autonomy.